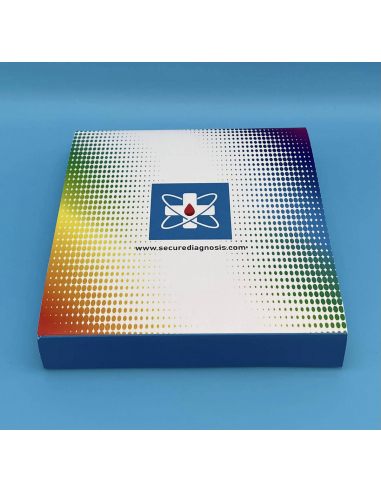 This test, also known as Quantitative Immunoglobulins or Total Immunoglobulins, determines whether you have an excess or a deficit in the three major types of antibodies.

This test measures the number of immunoglobulins, also known as antibodies, in your blood.

Immunoglobulins test usually measures three specific types of immunoglobulins. They are called igG, igM, and IgA. If your levels of igG, igM, or IgA are too low or too high, it may be a sign of a serious health problem.

What Is an Immunoglobulin Test?

An immunoglobulin (im-yeh-no-GLOB-yeh-len) test determines the amount of different kinds of antibodies in the blood. Antibodies are produced by the immune system to protect the body from bacteria, viruses, and allergies.

To combat various substances, the body produces different antibodies, or immunoglobulins. The antibody for chickenpox, for example, is not the same as the antibody for mononucleosis. Sometimes the body will wrongly produce antibodies against itself, mistaking healthy organs and tissues for invading intruders. This is referred to as an autoimmune illness.

Immunoglobulin A (IgA) is found in the linings of the respiratory and digestive tracts, as well as saliva (spit), tears, and breast milk.

The most common antibody is immunoglobulin G (IgG). It is found in blood and other bodily fluids and helps to guard against bacterial and viral diseases. After an infection or vaccination, IgG might take some time to develop.

Immunoglobulin M (IgM): Found mostly in blood and lymph fluid, this is the first antibody produced by the body when it encounters a new infection.

Immunoglobulin E (IgE): This protein is normally found in trace levels in the blood. When the body overreacts to allergens or is fighting a parasite infection, there may be increased levels.

Immunoglobulin D (IgD): This antibody is the least understood, with only a few examples.

Immunoglobulin tests are performed for a variety of reasons.

Doctors may assess immunoglobulin levels to determine if a person has an illness or is immune to infection (is immune to it). Immunoglobulins tests are also used by doctors to assist detect immunodeficiency (when the immune system isn't acting properly). In a kid who has a lot of illnesses or atypical infections, doctors may consider immunodeficiency. The tests might be performed as part of a screening for allergies or autoimmune diseases such juvenile idiopathic arthritis, lupus, and celiac disease.

CAUTION: This is Venous only test. You would need to go to a medical centre for them to take the full blood analysis